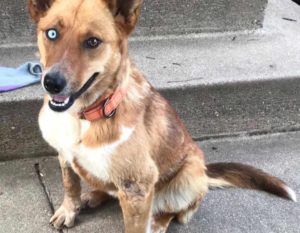 Leesha’s story is a hard one, not for the faint of heart. But sometimes that’s what rescue is. Sometimes it’s hard to love people, but then you remember those that save, and your heart fills again. If you think you’re up for it. Read on.

A pastor heard his dog barking and thought there may be a bird of some kind out in the grass. But when he got there, he found Leesha. She had been tied by her front leg and dragged by a vehicle. The pastor quickly got her to help, which is why she survived. Another hour and she would have been gone. When our partner contacted us about her we agreed to take her right away. “Send her. We’ll figure it out.” When she arrived on transport a week later, she looked like a Frankenstein dog. The vets she’d seen did what they could to sew her back together. We got her to our vet right away. Many of the stitches were removed so she could heal “from the inside out”. This was the only way to avoid pockets of infection forming. She slept for the first three days in her foster home; in her crate where she felt safe. Each day her wounds were scrubbed and treated. It hurt, but she was brave. She knew she was being helped. By the end of the first week, she began to venture out of her crate for short periods of time. The second week, she decided to join the pack in the bedroom. The third week, she asked to sleep in the bed, and the dreaded cone came off.

Leesha is still healing from her wounds, but she’s a happy, playful girl who’s always excited to start another day. She loves to snuggle and has begun to play with toys. Soon, she will be in her forever home. She has been such a blessing to everyone who has met her. She virtually glows with her love of life.

Leesha means “I’m alive.” This is what rescue does.

Thank you all for supporting us in this work. 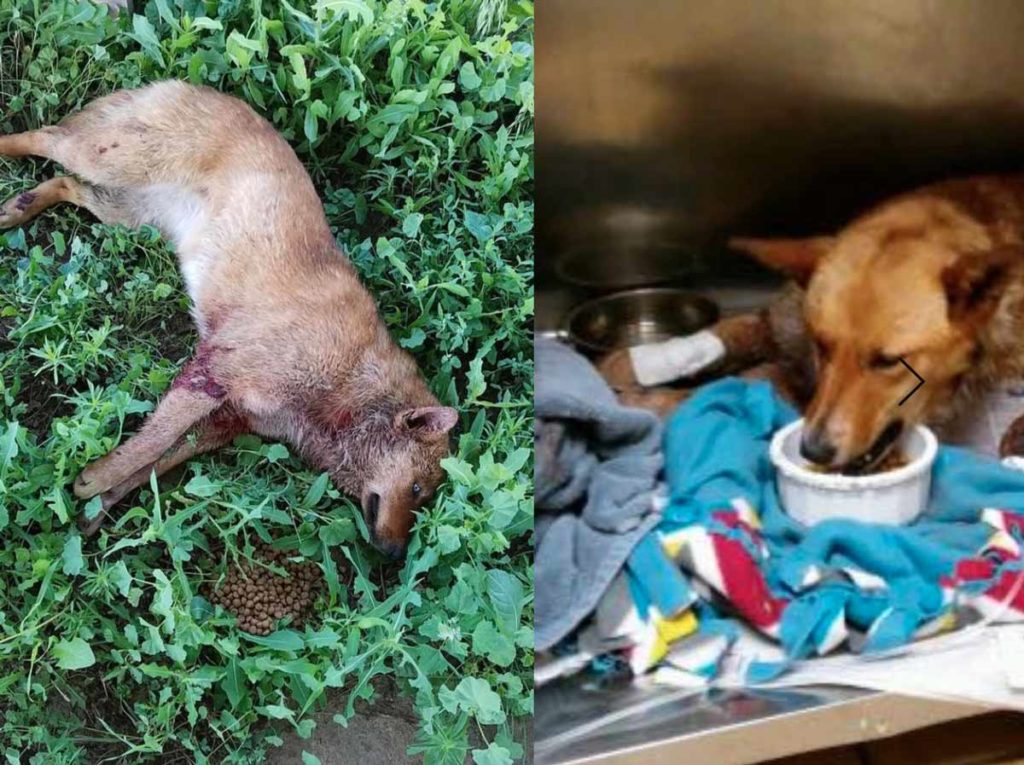 Posted in Latest News, Rescue Stories
← This is Star!Pinto →